Press enter to begin your search

Parasites and disease cause significant mortality in adult and juvenile salmon. Myxozoans, or freshwater jellyfish, are a particular problem and responsible for high mortality rates of salmonids.

Myxozoans are small organisms that usually have a two-host life cycle. First, they infest an invertebrate, such as a worm, where they will mature in their actinospore phase. Actinospores are like the fluffy seeds that a dandelion releases, but instead of flying through the air, they float in the water column. When an actinospore comes in contact with the gills or skin of a fish, it infects it. After that, it will develop into its final stage, the myxospore. When the myxospore is matured, it will release its own actinospores from the host through defecation. Those actinospores infect an invertebrate, and the cycle continues.

Tetracapsuloides bryosalmonae is a myxozoan causes proliferative kidney disease (PKD) in salmon. The severity of this illness is linked to water temperature. When water is warmer than 15° celsius (59° fahrenheit) commonly seen in this basin, the mortality rate is much higher. Lesions will form inside of the kidney, which results in it becoming extremely bloated. Infected fish are visibly tired and darker in color, and while you cannot see it, internal bleeding is often present.

Ceratonova shasta is a myxozoan is dirctly linked to significant mortality in Chinook salmon (Oncorhynchus tshawytscha).  Examples of the effects of this parasite have been observed in systems like the Klamath River, CA and Fraiser River, BC. It causes damage to the whole digestive tract, liver, muscle tissues, gills, and heart. Loss of body mass, lethargy, eye bulging, and swelling of the abdomen are external signs of infection. Like T. bryosalmonae, symptoms can be far more severe when the water temperature is high.

Parvicapsula minibicornis is another myxozoan that affects the gills and kidneys of fish. These organs become inflamed. Once again, mortality can increase depending on water temperature. The parasite is commonly seen in co-infection with C. Shasta and  has been linked to recent pre-spawn mortality of Sockeye salmon (Oncorhynchus nerka) in the Cedar River.

All of three of these parasites have now been detected in the Sammamish Basin. 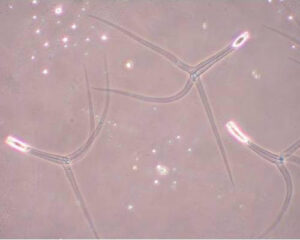 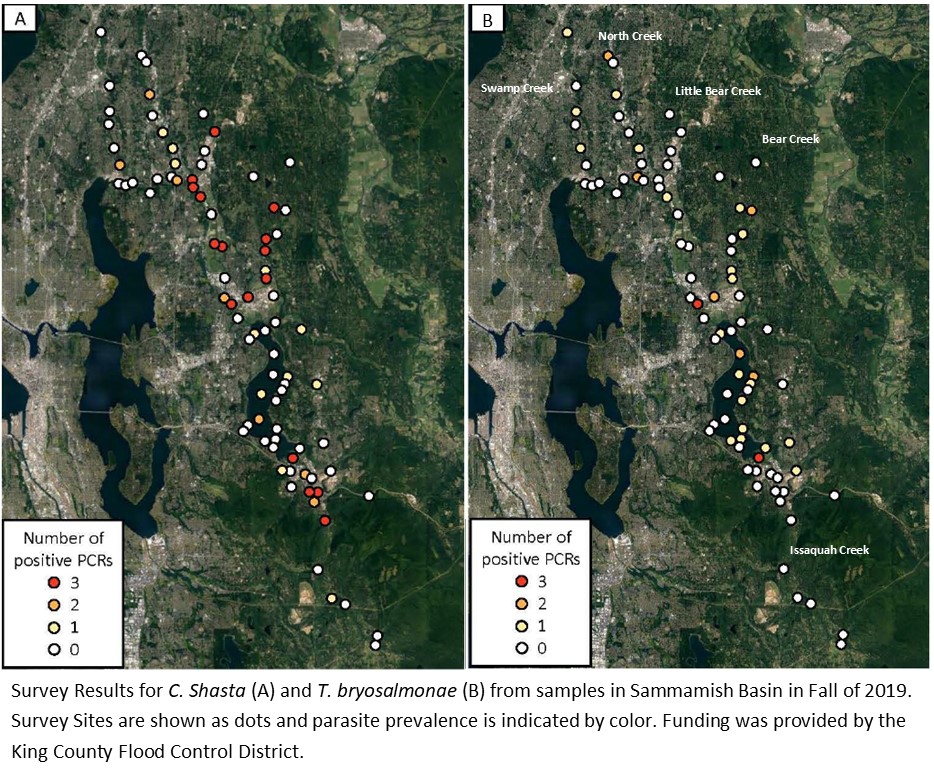